Welcome to VitaIsland, 2021: All Your Essential Information (Updated)

on May 01, 2020
We are fast-approaching the 10th birthday of the PS Vita (17th December in Japan, February 22, 2012 in the west). A few physical releases are still due, capping an impressive run for a system well out of its time. The saga continues and the love will never stop! New fans and collectors are turning up all the time, and people dust off their long-lost Vita to rediscover that magic.
Some useful points of reference from this blog include:
Original story:
Yes, we made it to 2021! Defying all logic and Sony's desire to see it swept under the carpet, the Vita lives on with plenty of games lined up into a 10th year. Even without the new stuff, gamers are still picking up Sony's super-handheld console, collecting games en masse or exploring the curios that remain exclusive to the portable.
UPDATE: That said, not too far into 2021, by the end of March, Sony announced it was closing the PSP/PS Vita PSN stores (you can still download your existing purchases and PS+ titles, but no new content), effectively killing the Vita while a few brave devs still had games nearing completion. Guessing that sparked a major homebrew frenzy, and the emulator/porting scene will carry us beyond that deadline.
PSN is now closed (for new submissions). July 20th 2021 was the last day and saw six releases hit the Vita store. You can still buy existing games, unless they are delisted, and download any game in your PS+ or PSN collection.
FURTHER UPDATE (May 6): Looks like the "new" game deadline is still in place, so early summer is the cut-off for final Vita titles, which is dumb, and penny-pinching, but that's Sony, your typical corporation, in action.
UPDATE (April 19): Sony has backed-down on its plan to kill its own legacy. Interesting to see any figures on a recent sales spike in memory cards and PSN purchases, and the number of jailbreaks. Hopefully the last few games in development can now make it to the store. 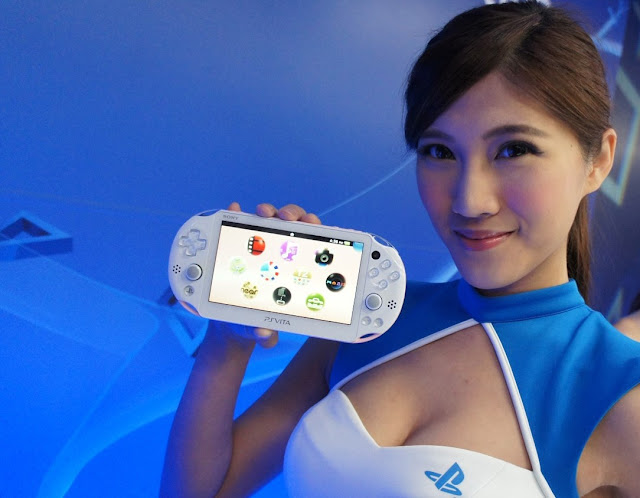 End of 2020: Just a quick celebratory note to say December 2020 represented a decade of this blog's existence. Back then, talking about the PSP hitters like The 3rd Birthday, the incoming PlayStation Android Phone and whatever Sony had planned for PlayStation Portable 2, like whispers of an Uncharted game was so much fun. Since then, some 7,500 posts later, and I'm still going - a bit slower than in the Vita's hey day, but into a second decade we all venture!
Even as Sony rushes ahead to embrace the PlayStation 5 era, many gamers are pretty happy with a small screen, bite-sized fun and high-class gaming on the go, led by the now-not-quite-exclusive Persona 4 Golden, one of the greatest games of all time, the beautiful Tearaway and many others.

So, hello, pick up your new or second-hand Vita and come on in!


Welcome one, welcome all

This page is here to act as a guide to everything that VitaIsland has to offer, from the perky Twitter community sharing their achievements, game collections and #PSVitaShare screenshots, to the Reddit that acts as a home for online meetups and repair tips as well-worn Vita consoles start to show their age.

You can also find plenty of gameplay clips and features on YouTube from a diverse range of long-time fans or people just coming across Sony's forgotten console. And there are plenty of sources for cheap Vita games, notably PSPrices.com.

If you're still tempted to pick up a Vita, you can find some new models online, but most are second-hand via Amazon, eBay or local second hand stores in varying conditions. Many are Japanese models, they enjoyed more colours and limited editions than the west. and they work perfectly over here, as you can switch them to English or any other language during the initial set up and for your region's PSN store.

Any imports will take longer to arrive, and may incur some taxes (especially in post-Brexit Britain) or chunky delivery costs so do shop around.


A dose of reality

Physical game card production in the west has already ended, and cart production in Japan will end this year, so we won't be seeing many more physical games - unless Sony changes its tune. That sales lifeline has kept the few developers remaining working on Vita as physical sales and collectors mean the small 1K-2K production runs turn a neat profit with limited editions, with some going physical only to avoid Sony's declining interest in promoting games on the Vita's PSN app.

On the plus side with a near decade of games, plus PSP titles, PSOne games and remote play if you own a PS4, you will definitely never run out of entertainment. Yes, some games have been digitally delisted already (like EA Sports games) but Sony are unlikely to close the store down for a few years to come, even while store search, ratings and updates to the Vita store app have been cut off.

And while some games have officially gone, or lost features - like WipEout 2048's or Everybody's Golf multiplayer modes, others like Ridge Racer still run well in 2020 or use cross-system features like Spelunky and its daily challenge.

Sony's overpriced memory cards are also thin on the ground and rising in price fast, buy the highest format you can (4GB, 8GB, 16GB, 32GB with 64GB cards now very rare) to store those digital games on.

Let me know if there's anything specific you'd like to see on this page or follow me on Twitter to join in the still-growing community, serviced by a lovely bunch of Vita owners.