The Vita games keep on coming for 2019

on December 05, 2018
The Vita still won't go quietly as a bunch of fresh announcements keep us happy campers busy in games. Ratalaika continues its porting onslaught on the Vita, teasing its first 18-rated title for the handheld. The only clue I can give is that its a pixel horror adventure. Go figure! And that's just one of half-a-dozen they have in the pipe.

We just rated our first PEGI 18 game.... Gona be fun to see if people like it lol... Release on 2019 on #PS4/#PSVita, #XboxOne and #NintendoSwitch
Stay tuned to know all the horrible things you will be able to do! #gamedev
— Ratalaika Games (@RatalaikaGames) December 4, 2018


UPDATE: Add another one to the list, Signature Edition will be making an announcement on Friday


UPDATE to the update: And that release is Darkest Dungeon Signature Edition, which I hope would come with all the new DLC and extra goodies. They include a Darkest Dungeon comic book, enamel pin badges, soundtrack CD and collector's art card. Pre-orders start next week, so ignore the "sold out" splashed over all the formats. 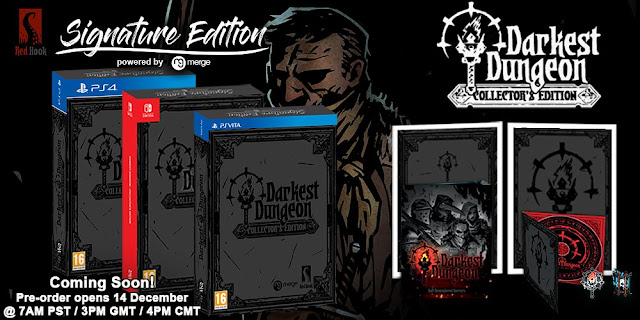 Not far behind we have EastAsiaSoft teasing three new Vita physical releases for 2019, two of which will be announced soon.

Today is Vita day at eastasiasoft as we are getting 3 new Vita games ready for QA. #vitaisland
— eastasiasoft (@eastasiasoft) December 5, 2018


UPDATE: Two of those have been revealed as Super Destronaut DX (review), out in 2019 with extra content including new game modes, new BGM, extra trophies and other new features. Also going physical is I am the Hero (review) available next week. Time to update the list of mystery. 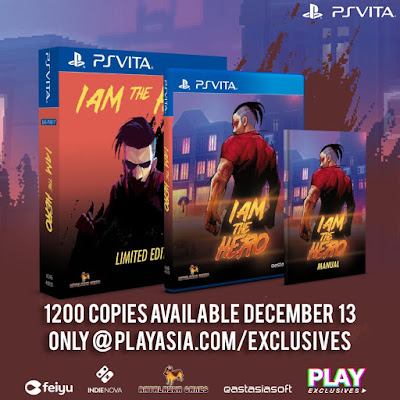 Helping things along is a fresh trophy listing from Las Vegas-based puzzle specialist Powgi with letter game One Word on the way to add to its growing roster of fun. The firm has a long list of apps and console titles that could yet make it to the Vita, joining Word Search and Word Soduku.

Over in Japan, we have  Eve Rebirth Terror, a visual novel sequel to Eve Burst Terror  from El Dia announced for 2019. Also on the way is Kadokawa's dungeon crawler, KonoSuba: God’s Blessing, showing that the mid-size and smaller Japanese publishers are still taking an interest, and will hopefully push for translations to boost overall sales. 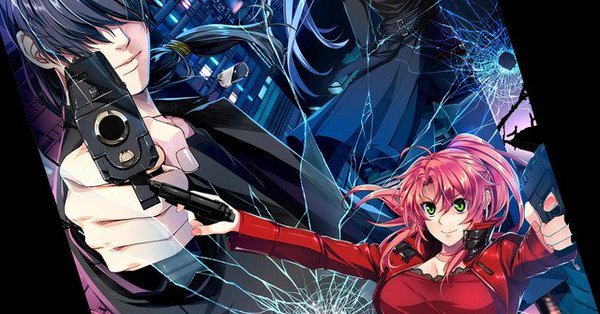