on September 05, 2018
The big news in Japan is all about Tokyo Games Show, kicking off on 20 September. As you'd expect it is likely to be a low-key farewell to Vita as all publisher focus is on PS4 and Switch. A few Japanese tweeters are still wondering about Vita 2, but that boat has long since sailed.

Still, there's lots of releases to come in 2019, so there should be a decent smattering of news from the show.

What was missing from the show was any news on 13 Sentinels, a game that has been in the works for three years now.

Sega and Capcom mash Monster Hunter and PSO2 content together.

Vita hardware production ending in 2019. No shock there.

Sony's official show title roster is now up, it has no Vita list or show space on Sony's booth. But it does confirm that Kadokawa's Root Letter Last Answer is coming to PS4 and Vita. Also getting a mention are Catherine Fully Body and Atelier of the new Earth.

Tri-Ace has a new PlayStation reveal on the 20th (likely PS4).

You can check out Sony's pre-show concert and weird PS4 trailer/gameplay fest here.

Sega has announced its show list with Catherine: Full Body, Phantasy Star Online 2 and Steins Gate Elite getting new trailers or news. Catherine has been confirmed for a February release in Japan. 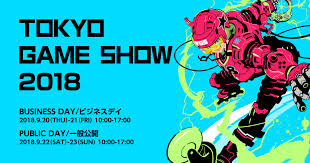 Based on the official show lists, Namco and Capcom have nothing at all, having moved on some time ago. Some Japanese studios are likely to pushing a few more western indies in the Indie Game Area which is sponsored by Sony, but it still seems strange that Japanese indies never really took off on the Vita.

In a more positive tone, Konami will show off a single new unannounced title from Kogado Studio, likely along the same lines as Nurse Love Addiction.

Koei will be focusing on the major console versions of Nelke and the Legendary Alchemists, only launching on Vita in Japan. The revamped Kin’iro no Corda 3: Full Voice Special will also spawn a trailer.

Square hopes to be showing off Romancing Saga 3, some 18 months after the first announcement.

D3 has two unannounced games on its TGS site, unlikely for Vita but who knows.

Smaller publishers are yet to announce their titles, but Side Kicks developer extend still has to reveal its new game and a host of otome, visual novels and fan service games will keep the Vita running for a while yet.

Will update if anything surprising pops out of the woods.