on May 24, 2017
This week's Media Create data shows Vita's poor run continuing, but - again - we're talking about six-year-old technology that's faced with a shiny new rival. What did Sony think was going to happen? More to the point, will they bother doing anything about it?

This week it sold 4,088, just a few shy of its worst over week of 4,021 back in 2012. The drama to see how low it will go would make a great TV show! Still, if it continues to sell at 4K a week, that will take it over 300,000 for the year. and closed to six million life time, which isn't a bad knock for an abandoned product that SCEJ has spent over a year pretending it doesn't exist. 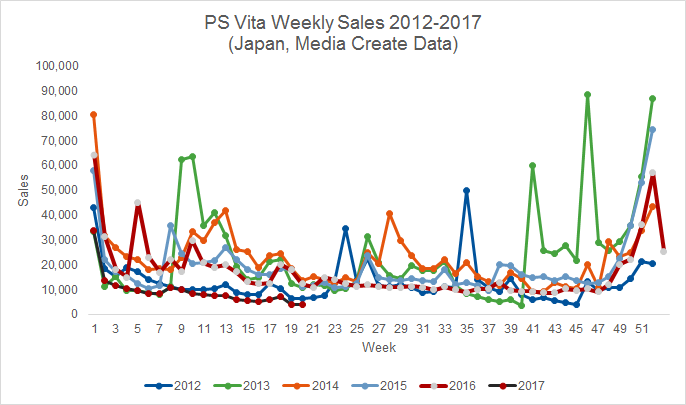 On the software side, no Vita games in the top 20, and the schedule is pretty light with only Romance of the Three Kingdoms XIII with Power-Up Kit due anytime soon.

Over in Famitsu land, Tekken 7 gets the plaudits, no surprise there, but both of this week's Vita games get decent reviews: