Vita sales shuffle up in Japan on Persona week

on September 21, 2016
Japan explodes out of the summer lull as Persona 5 sells over 335,000 on PS4 and PS3, pretty sure a Vita version would have stomped on both of them. Other than Minecraft, the Media Create chart is bereft of Vita releases, yet Sony's portable managed to sell almost 13,000, a hefty boost on the summer flat line. The new PS4 slim model sold almost 95,000 units, which isn't bad. 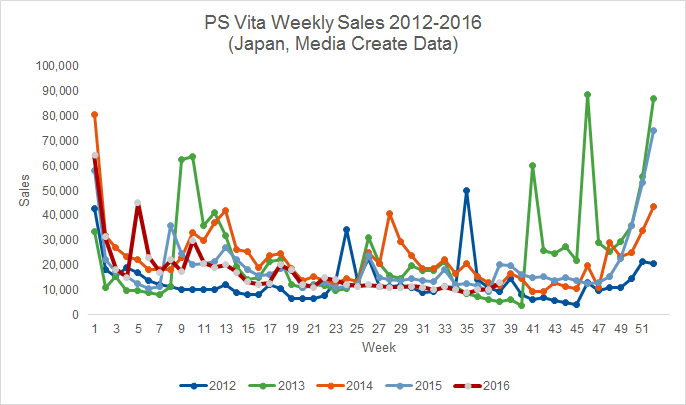 Tactical visual novel Utawarerumono: The Two Hakuoros (Aquaplus) is out now, and will hit next week's chart, with the publisher claiming over 130,000 day one sales across all PlayStation formats, while Demon Gaze 2 (Kadokawa) should prove that classic RPGs can still be a big hit the following week.

A closer look at the summer of not much Vita action, no big sellers, yet somehow it manages to sell over 10K a week on average. Some very big sales weeks are needed in the run up to the holidays to help the Vita shift another million over the year. 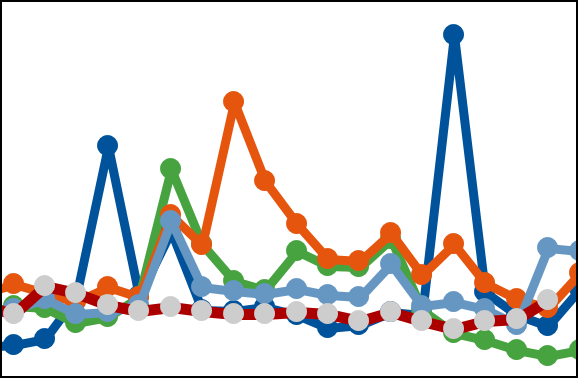