on August 15, 2016
Sony will try to drag Vita sales out of their flatline soon with a couple of its standard minimal effort decal-laden models on the rear panel to celebrate World of Final Fantasy. Limited numbers are available on the Sony Store for 21,000 yen in Japan to order from today. So, these won't hit retail and help boost sales when the game launches on October 27. 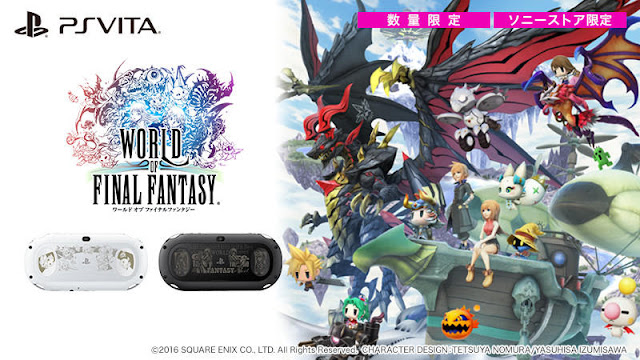 Yes, they are pretty, in English even, with a neat theme and icons, but don't expect any in the west when the game arrives in Europe and the US at the same time as its Japanese counterpart.

This limited edition also makes it seem less likely that Sony has a quick Trinity upgrade in mind, if at all, for its PlayStation Event on 7 September.