on June 21, 2016
Not yet confirmed for the Vita (although it mentions the portable on the game's home page) Best Buds vs Bad Guys has now hit Kickstarter with a modest £4.5K goal for the PC version. A homage to all things 80s side-scrolling and shooting, it really looks like an instant classic with fast-paced shooting and giant bosses, from the makers of the joyous Life of Pixel. 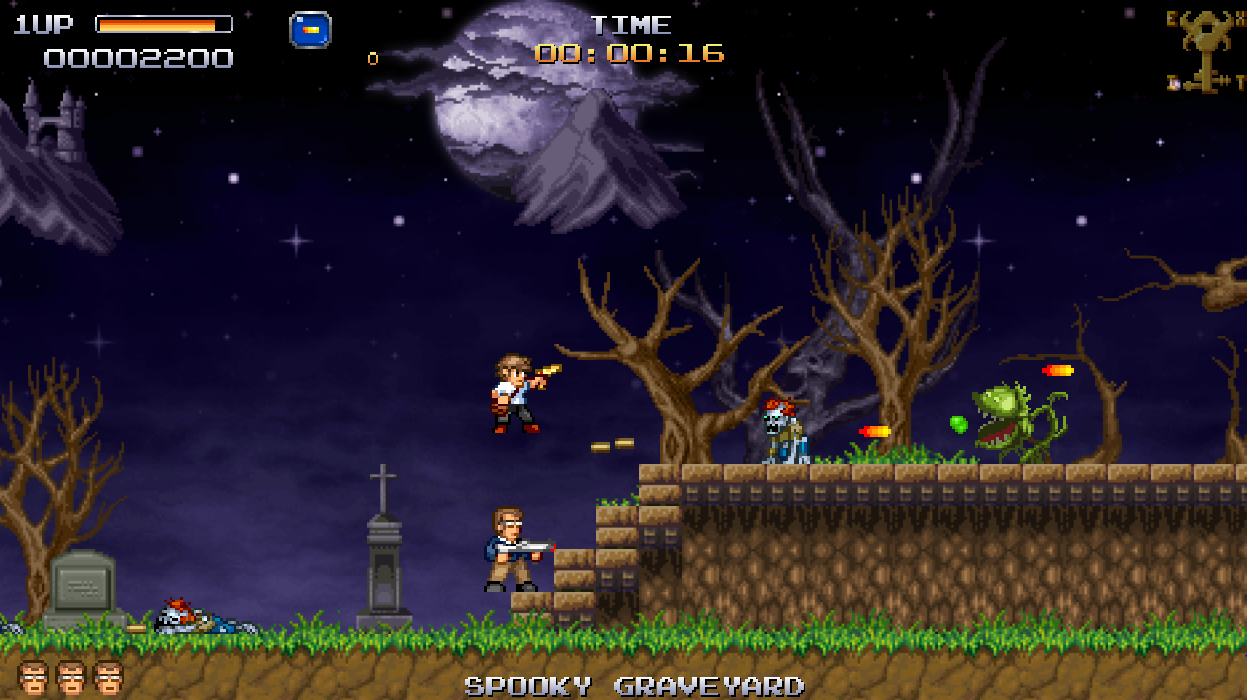 Borrowing from all the classics of the day across arcade and home computer, from Robocop to Ghost and Goblins, Zool to Turrican, it looks like a brilliant blast, and will hopefully be a big success for the father and son team, who suffer from Autism and Asperger's syndrome, at Super Icon.

UPDATE: The team would love to a Vita version, budget depending. Hopefully, if the Kickstarter takes off they will have sufficient funds for a port.
aspergers best buds vs bad guys kickstarter ps vita super icon