on November 05, 2013
It is such a shame this PSP game from Vanillaware never made it west, despite plans to back in 2011. But if you got hold of a Japanese version then be aware that the online service has now shut down. Since the same team made Muramasa which came from the Wii to the Vita, wonder if there's any chance of them updating it for the Vita?

Perhaps it does seem a little dated compared to the company's more recent Dragon's Crown, but I do love the game's look regardless. The team left a little farewell image over on the game's blog. Copies are around £10 and up on eBay if you fancy a try. 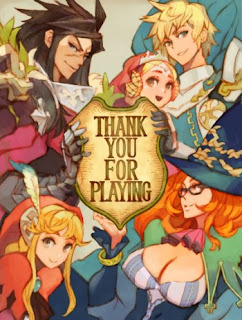