on July 24, 2013
Running along after Famitsu's mid-year sales comes this week's chart from Media Create. With Dragon's Crown out today, there won't be any fireworks until next week, but we still see Toukiden selling well enough to hang about the top 10, something rare in the world of Vita and now approaching the 200,000 sales mark which should make it the best-selling Vita game this year. 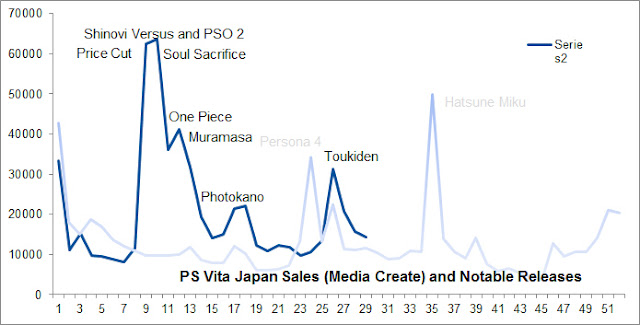