Tooled up Worms headed to the Vita

on March 25, 2013
They've invaded just about every other format, so its only fair that Worms comes to the Vita, and Team 17 has announced the news in an interview with Red Bull, of all people.


There’s even a version for Sony’s next-gen PS Vita handheld in the pipeline for 2013, Bestwick reveals. "One big Worms game we can mention is a game for the PS Vita that we are working closely with Sony on, this will be the ultimate handheld console version releasing later this year." 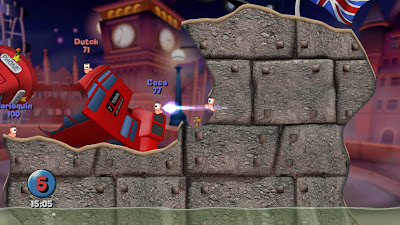 That comes hot on the heels of Alien Breed as a PSM and then PSN title and with SuperFrog on the way. Hopefully the Worms team will be able to throw something a little new and wriggly into the mix.
alien breed playstation ps vita sony super frog team 17 worms