on August 16, 2012
Ouch, I usually just like to write about the games, but so I've done marketing today, and now industrial processes and supply chains. Basically Sony says the Vita will only get a price cut when Sony's engineers can reduce the hardware cost. That's according to a chat with Eurogamer, but it won't happen until well in to 2013, for a few simple reasons:

For a start, the Vita's most expensive components (the OLED and touchscreens) are in massive demand for phones, tablets and so on. That pushes the cost up, not down (as makers vie to buy limited stocks) and as OLED is still a pretty new technology, it is sold at a premium. It won't match traditional LCD prices until well into next year, when prices might start to come down. 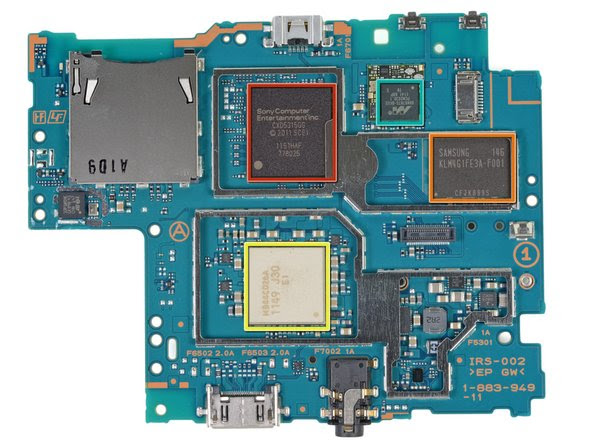 Pic from the Vita teardown by iFixit

For the processor and memory, Sony makes the CPU under license itself, so is cost-fixed, and it probably has a spot-price contract with Samsung for the RAM, but prices are supposed to rise in 2013 due to under-supply by chip makers (but predictions fluctuate). Most other components are priced at a few dollars and hard to make significant savings on.

Finally, the Vita hasn't sold as many units as it would have hoped, so Sony will have plenty of boxes and component stocks that it brought at the higher prices. It can't save money until it gets rid of the first-generation models, something that may take time (probably the reason why there are so many different bundles being produced).

Therefore, don't expect a cheaper PS Vita until well into 2013, even if sales rocket over the next few months as the game line-up improves. Sony is supposed to make a decent profit on each Vita sold, but can't afford to cut that due to the company's wider struggles. So, when the cut does come, don't expect it to be massive.
engineering hardware oled price cut ps vita sony