on April 25, 2012
The Vita is getting off to a rather shaky start with this whole freemium or extra content idea. A few weeks ago it was the lack of information and short play time that led to a lot of reviewers and gamers feeling rather conned by Treasures of Montezuma: Blitz and now StarDrone Extreme has had a run in with a pay to escape the level offer.

The tens of thousands of smartphone games out there mean developers have had a couple of years to experiment with pretty much all methods of monetization. Their experiences should lead to some clear rules for Vita developers. 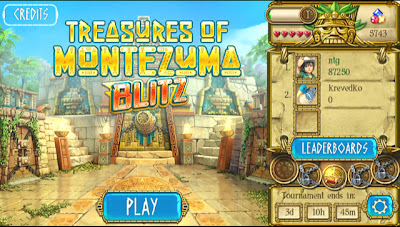 1. Put the rules up front: Don't say a game is free when there is paid content required to keep playing. Call it freemium or "free to download, payment may be required" but don't call it "free." Explain what the costs options are before users end up in the PSN store.

2. Allow a fair minimum play time per day: It is easy to end up getting just two or three games out of Montezuma Blitz a day, that's three minutes of gaming for those who rightfully don't want to pay for a game they were told was free. Any game like this should have a practice, trial or similar mode allow at least 30 minutes to an hours play.

3. Reward player success: If there is something that gamers can pay for cheaply, they should also be able to get it as an in-game reward for success. If StarDrone rewarded great play with level-skip tokens, gamers probably wouldn't be so up in arms.

4. Update, update, update: Angry Birds and others have demonstrated that continued updates keep people coming back. The limited Vita games so far seem to have dumped the players the minute they get the game. I've seen a massive drop off in friend activity on Montezuma as people just aren't interested any more.

5. Payments should offer more than just extra play: Many smartphone game payments actually extend the game with new features, options or extensions, adding these to games makes it a genuine investment for the player, rather than just more play time.

I know its early days for the Vita yet, and a lot of console gamers might not be used to the world of freemium, but there are ways to mitigate user confusion and anger, and Sony could mandate at least some of these methods in its approvals process to ensure that the handheld doesn't get a bad reputation. Anything else you can think of that would help?
dlc extra content freemium Montezuma Blitz ps vita stardrone extreme