on August 03, 2011
September will see the launch of Nippon Ichi's PS2 RPG update Phantom Kingdom Portable. There's a couple of pics and a bunch of art over on Dengeki and the translated information roughly seems to say there will be new adventures and characters (Peta). 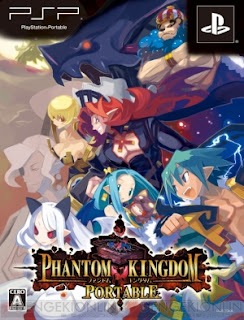 Phantom Kingdom was a sequel to Phantom Brave (which came out as a remake on the PSP as Phantom Brave: Hermuda Kingdom) got decent reviews back in the day, but will it hold up today, and will it get a western release?
dengeki nippon ichi phantom brave phantom kingdom phantom kingdom portable