on March 13, 2019
Proving there's absolutely nothing wrong with retro, along comes Awesome Pea, designed to look like its playing on an old CRT (you can turn off the CRT and tube effect settings if you don't like that style) while bringing a green-tinged dose of hardcore platforming. Its a good job the game has a freezer full of peas on hand, as you'll die, a lot.

The game has lots of nods to historical platforming (can we call it that yet?) Mario transport tubes, tower levels, train rides and more. To drive you are are some neatly composed chip-tune tracks, and pea is always doing his happy little dance, but otherwise isn't the most engaging of heroes. 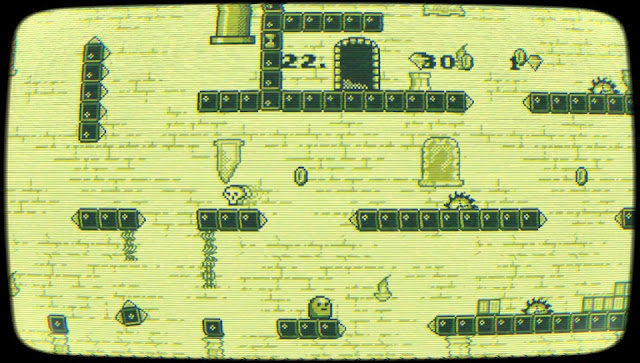 At the start of pea's adventure, you just need to leap around the first level with some care, as the tutorial explains the few moves on offer. But soon, there's double jumps, burping frog fire to avoid, spiky blocks, rotating blocks, long falls, Stop The Express-style train levels and other nods to nostalgic gaming, all aiming to kill you. One mistake and its back to the start.

I held off reviewing the game as there was talk of a patch, which is now out. And while it makes some parts of the game better, my early reservations still hold true. There's no rock solid belief that your pea will jump on command - sometimes the sound doesn't trigger, sometimes the leap feels off, and the second jump might or might not happen. I find that lack of faith is disturbing, while multiple jump sequences compound the problem. You might land on the edge of a platform and get another jump, or you might not. 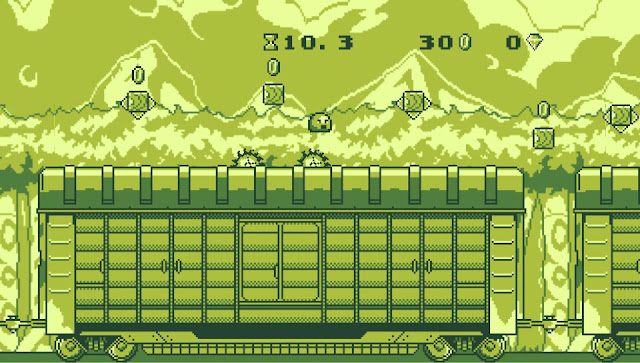 Since that's at the cornerstone of the gameplay, it is rather an issue, but since the levels are pretty short, you might not find it too stressful to go back and start again. Also, the green screen colour design makes it hard to spot incoming fire.

While there's a map screen, showing the series of islands your adventure stretches over, progress is on a strictly linear level-by-level basis, with no branching. So, when you get stuck, and you will get stuck, all you can do is try, try again. Or give up and go play something more forgiving.

That's worse as you only get trophies for collecting all the treasure on a level, increasing your chances of death, pushing it beyond risk-reward into painful territory. Perhaps Awesome Pea is geared toward speed runners, but I'm not one, so don't find the challenge all that enjoyable, and in the end I just gave up on it, especially when more mechanically secure but just as challenging games like Super Life of Pixel are available. 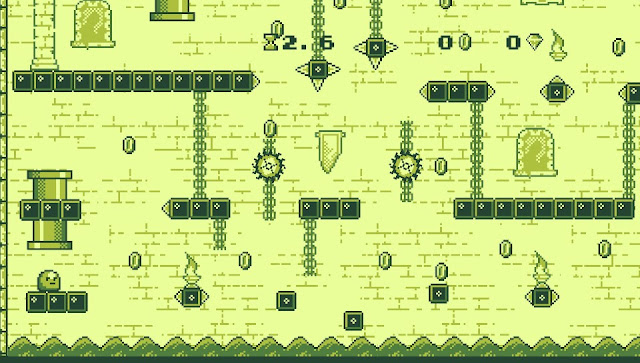 On the plus side, there's lots of potential on view here, and I hope PigeonDev continues to work at their craft and comes up with something a little stronger next time around.