Vita sales tick up in Japan

on October 10, 2018
After the news that the Vita will be discontinued next year, sales in Japan have perked up to 2,600 over the last couple of weeks, according to Media Create. But no big jump, most likely as gamers are picking up second hand units as spares. On the plus side, it is outselling the PS4 Pro and the 3DS LL.

No Vita games in the chart, where Super Mario Party fluffs its lines, selling just over 100K. Not much on the schedule bar visual novels and low-end JRPGs until December to give things a boost. 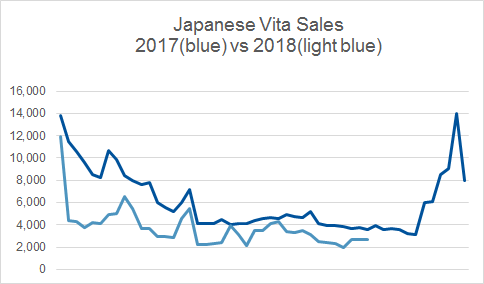