on April 27, 2018
Hot on the heels of pixel-perfect-peril-fest League of Evil comes Devious Dungeon, another retro-looking platformer from the formidable triptych of Ravenous Games, Ratalaika and Woblyware.

While LoE was all about being fast and precise, Devious Dungeon is focused on laying waste to progressively tougher demons that have taken over an alarmingly huge set of underground lairs, as our heroic knight invests in better armour and weapons to take them down. 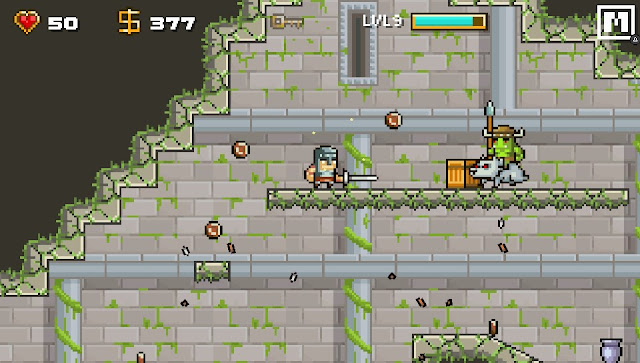 The game looks simple, but actually has a pretty decent level of depth to it, even if things get rather repetitive. It also throws trophies at us like confetti, along with a large roster of upgrades and power-ups, not bad for what feels like a little game.

Each enemy has a bit of a flaw, be it a reload delay, or weakness to attack from below or above. Figuring these out will save you a bit of pain, especially as they get tougher. Key to your survival and success is the life meter, you can survive a few hits at first, but will rely on potions in treasure chests as levels get bigger. If your life gets low, you might pause and look for a less combative route, but mostly you need to keep on fighting. 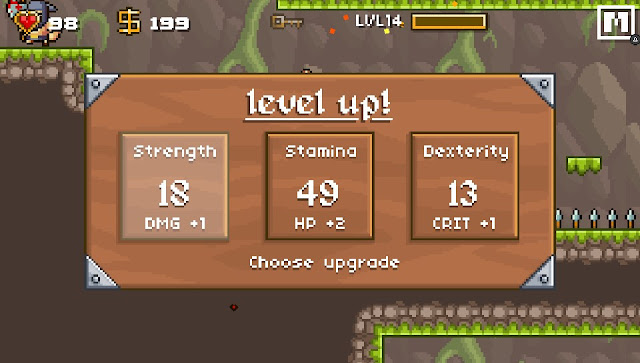 To help out, every three levels you get to visit Olaf's Caravan for new gear, at increasing cost, and a priest who charges 50 coins to replenish your health. The only other source of health is by levelling up, which means you might sometimes want to stick around and clean up a level before progressing, depending on your state of life. This is a good example of a game adding extra elements in a low-key but thoughtful way.

Die and you go back to the castle, but can teleport to the last set of levels you'd reached or a boss. Since each level is randomly generated, sometimes you can find the key and door in a few seconds, others require more of a slog, but nothing is too long to frustrate. There's also mini-missions in the guise of kill xx beasts or open a few crates, but these feel minimum effort additions for a little experience, and could be better worked into the game.

Each level also has a secret area to find where you can grab an experience-boosting tome of knowledge or some diamonds to raise your credit rating. In later levels more help really should be offered. 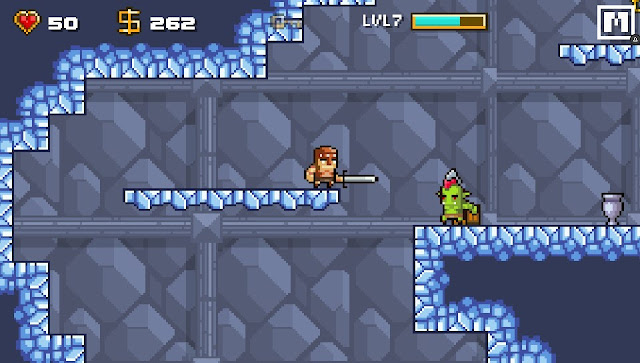 Every 10 levels, there's a boss. who also has weak spots you need to find, but will often die trying to figure out what or where to hit. If you can't overcome them, a bit of grinding through previously conquered levels will soon power you up enough, and perhaps pick up better weapons or armour to deal with them. 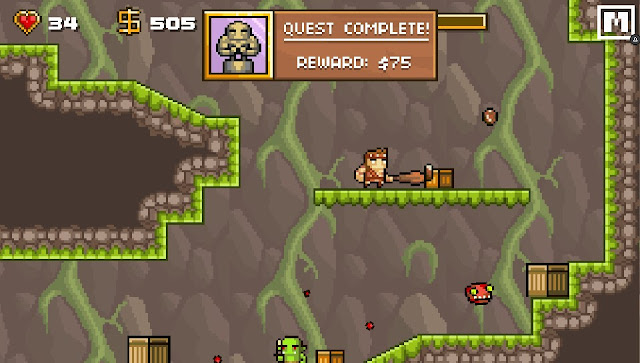 With plenty of variety, Devious Dungeon is a fun game to keep plugging away at, as acid spitting slugs, various Beholder demons and other creatures turn up to join the party. While its fun watching your knight strutting his stuff in the latest armour and weapons, it would be a lot better with different character types to play as, or special armour sets ala Diablo. Also, slightly more devious enemies from time to time would help up the excitement. Finally, it could have done with more secrets, some exploding crates or similar tricks to tip the odds in your favour from time to time.