Aksys welcomes you to a summer of mystery

on March 22, 2018
We already knew the games were headed west, but Aksys has bookended its little visual novel fest with a neat campaign, the Summer of Mystery.

Featuring creepy towns, mysterious mansions and ancient feuds, each phyiscal release will include a collectible character card set inside the package, and fans who purchase all three titles can get an exclusive set of collector pins. 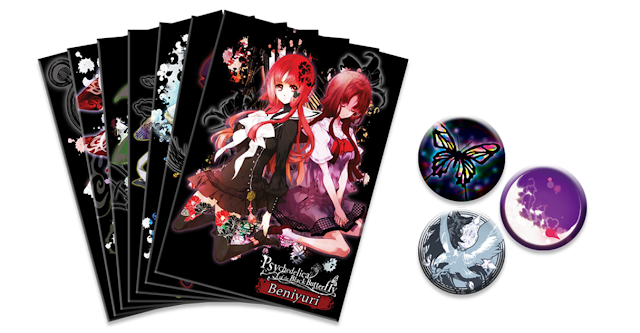 In Psychedelica of the Black Butterfly, a girl wakes up in a mysterious mansion with no memory of who she is or how she got there, while in 7’scarlet, Ichiko visits a strange village to look for clues about her missing brother.

The heroine of Psychedelica of the Ashen Hawk must find a treasure to bring peace to her town and unlock the mystery of her own past. A popular genre for young adults in Japan, otome (interactive fiction) games feature deep character development and engaging plots in which the player’s choices influence the storyline. Rich anime-style artwork and cinematics draw the reader further into the story as they create their own adventure each time they play the game.