Vita on a tear as sales soar*

Vita sales last week in Japan were 8,483 according to Media Create figures, helping drag the Sony machine a little away from obsolescence in the seasonal sales. The numbers are tracking currently at about half of last winter's figures. Over the year, the portable is headed for around 350,000 units, so down two-thirds in a year.

Things would be a lot better if Sony had launched a HD Vita/PS4 Remote Player a year ago as Switch continues to eat its cake, lunch and babies, with 165,000 sales over the week! That double the PS4's combined sales and pisses all over Sony as the company runs out of steam and ideas fast. 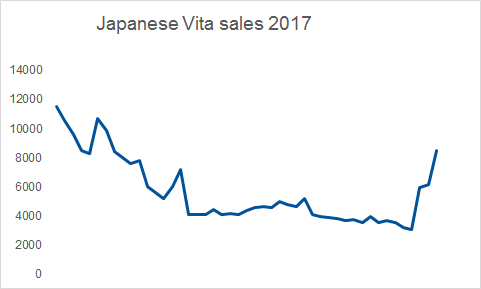 Again, there are no Vita games in the software chart, but Digimon Hacker's Memory and the Japan-Vita-only Atelier Lydie are out this week, which should make a decent dent.

On the plus side, Vita is outselling the New3DS and 2DS, Xbox One and Xbox One X, Wii U and PS3 showing how stunning the hardware was for its time, with its seventh birthday in Japan next week!

Last week's figures, here's the historical chart for a giggle! 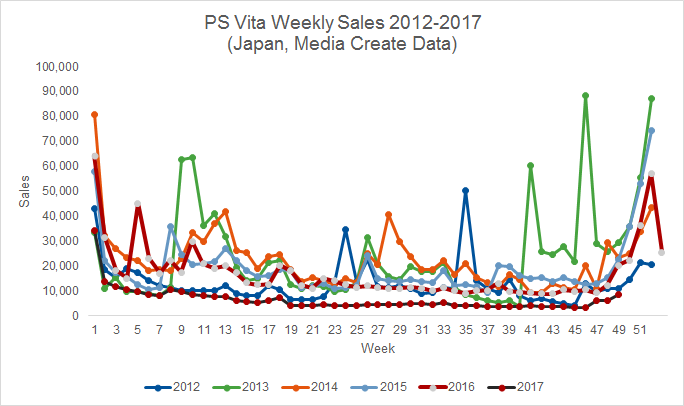