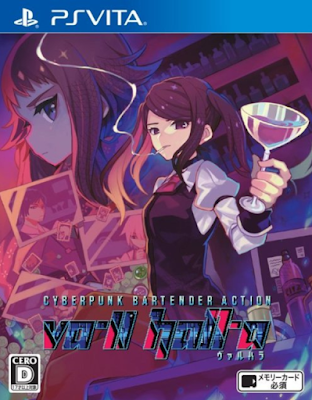 The cyberpunk bar game generated plenty of interest and positivity with drinks in real bars and loads of fan art being created. That, a fantastic soundtrack and some true grass roots appreciation make this more than a modest success, not bad for a western indie on a dead platform that no one loves.

It gets to be on the same list as new Pokemon, Star Wars Battlefront and Dragon Quest releases. Can't wait for the EU release.