Text patch on the way for Ys VIII

on October 10, 2017
I've noticed a couple of typos or quirky uses of phrases (like the below pic) in the latest Ys, but apparently, there are quite a few, which has put out some bad vibes around what is an awesome game. To that end, Takuro Yamashita, President and CEO of NIS America, has released an official statement regarding the localization of Ys VIII: Lacrimosa of DANA. 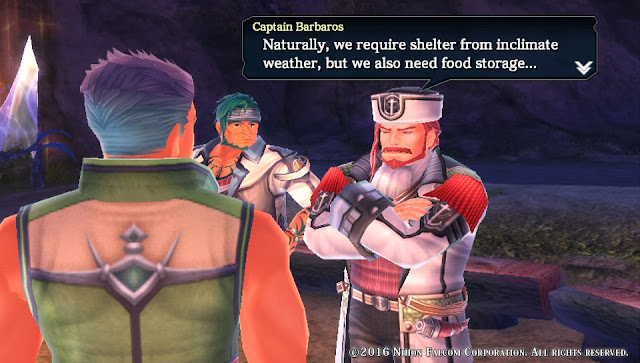 To All Customers of Ys VIII,

Thank you for all the feedback and support we have received since the launch of Ys VIII. It has
come to my attention that the quality of the Ys VIII localization has not reached an acceptable
level by our own standards, but most importantly by yours. As president of NIS America, Inc. I
want to apologize to you personally for this grave error. This situation should not have happened
– especially to a game as wonderful as Ys VIII and by a company that strives to deliver the very
best customer experience in each title. We have begun internally to investigate the causes of this
situation as well as to implement steps to ensure that a similar situation does not occur again.
As for Ys VIII itself, we will have a new translator and editor go over the entire localization to fix
grammatical errors, typos, inconsistencies, and also to take a fresh look at the dialog and
characterizations. For the script, where necessary, we will re-translate and re-edit the game
including updating voicework to reflect these changes. We plan to have this work done by the
end of November and will offer the updated localization free of charge for both the PlayStation
4 and PlayStation Vita versions of the game via patch. The Steam version of the game will
include this localization in its initial release.
patch ps vita translation ys viii Ys VIII: Lacrimosa of DANA