on August 16, 2017
Zombie Vita sales continue bouncing around the 4,600 mark, with no new games in the Media Create chart for the handheld. Even with Switch pretty much sold out around Japan, no one beyond this mythical few thousand seems keen to pick up the Vita, and Sony hasn't shown off a new colour or promotional model in months, missing the simplest of tricks.

Clearly, Switch will be the next Vita, but Sony just letting it walk in and take over the world remains pretty embarrassing. How long until Sony starts developing its own IP titles (more LocoRoco rather than Uncharted) for the Switch? The clock is ticking I think! 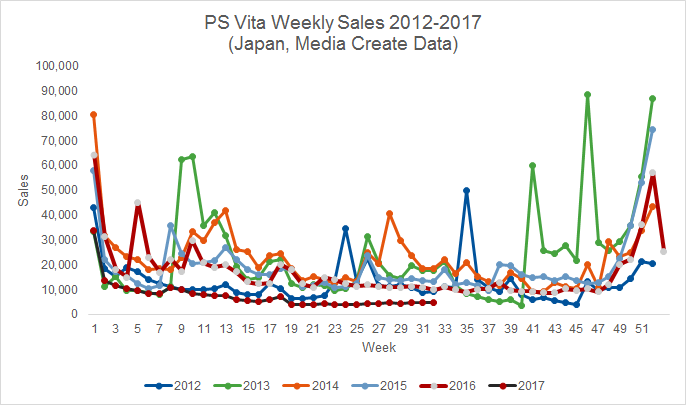 Down in Famitsu land, haven't seen any review scores this week, but a few Vita games appear in the most-wanted chart. This shows there's still interest, but how long until these, or certainly any 2018 titles, swap over to Nintendo's baby.