on February 20, 2017
Deep in the foundations of my gaming soul are titles like Moon Cresta, StarBlade, Zaxxon and many others. So, I love a good shooter, but have always been a little suspicious when developers mess with this simplest of concepts.

Enter Xenoraid, from 10Tons, which actually makes a good fist of trying to shake things up.

Our home solar system is under attack, with aliens waging war against the outer planets in a skinny plot, told though the briefest of pixel character chat scenes, with a decent sense of humour, to not get in the way of the action.

So far, so traditional. But Xenoraid, instead of lives, gives you up to four different ships to fly. These can be light and fast, or heavy but packing fire power, with subsequent maneuvering issues. You can swap them in and out during a level at will as the battlefield changes, with big cruisers, asteroid belts and different types of minor vessel to shake up the action. 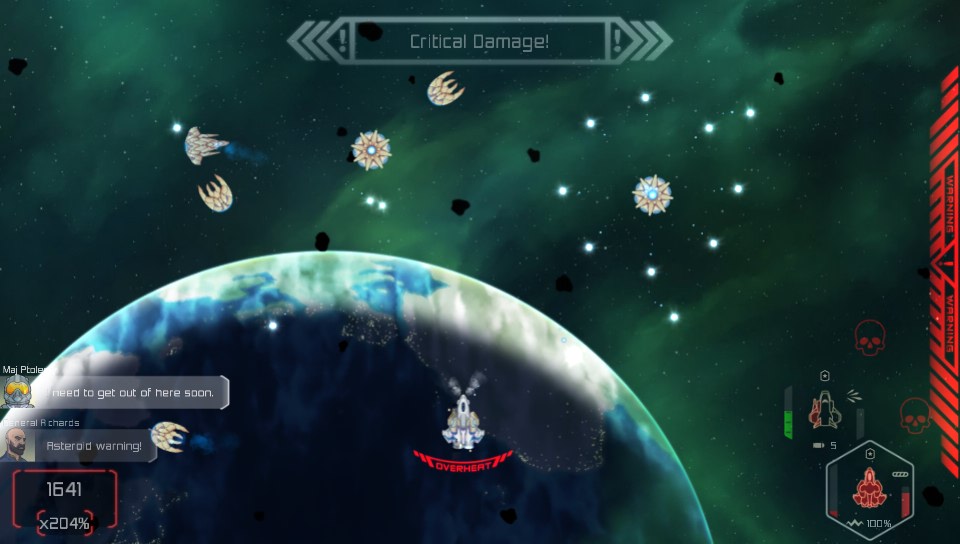 Another change is angled shooting, firing to the left or right as your ship moves to help hose down enemies in the corners, or to miss completely as you'll do a lot at first. There's also an alt-fire mode to bring the big noisy bombs, EMP or other weapons to bear. You have limited stocks, and even your main weapons will overheat, to encourage swapping over, or at the least controlled rates of fire.

That's quite a lot to take in for a little shooter spread over 40-odd levels, offering a rare flexibility in your approach. There's also three survival modes to give you something else to focus on, handy when you run of credits and have to take on a later level with one ship packing about as much armour as a shopping trolley.

Visually the game is crisp with plenty of detail in the little ships, from coolant gases flaring to a range of weapons and warp effects. The soundtrack is good driving music and there are plenty of in-character weapons effects, nothing too bombastic!


Xenoraid of the lost gameplay

Each level sees aliens or the odd bonus asteroid drop credit, plus a completion bonus, which can be used for repairs, buying new craft or picking up useful extras from the store. Let's ignore that in a time of crisis you have to go shopping for an Escape Pod to keep an experienced crew member, but you get the idea!

When in battle, enemies attack in procedurally generation semi-random patterns, but you'll soon get used to what's coming at you and how best to deal with it. A few levels in, you will find that balance between aggression and caution, but the semi-random nature means you can still get caught in the odd shield-sapping trap, but that's war, my friend. 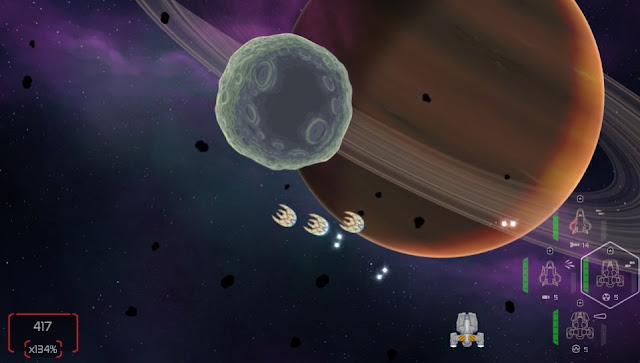 With sharp visuals, Xenoraid is a smart, compact shooter that while not quite up with Velocity in the cleverness or style stakes, is still well worth checking out. If there are any niggles; the health and ammo meter for the active ship should be larger, there's never any time to read the ship-to-ship chatter, and its annoying that any ship can't pick up the rare bonuses, that's just one switch-out too far sometimes! Otherwise, bags of fun and challenge! 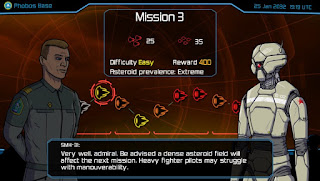 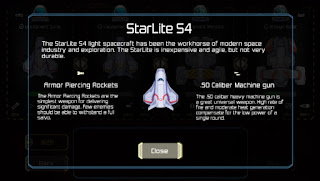 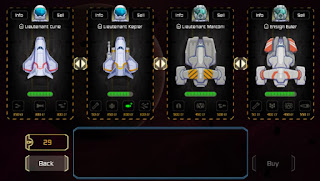