on January 23, 2017
The UK chart finally sees some action after the seasonal sales start to drift. Marvelous manage to grab the top spot in a battle with Koei as Fate/Extella (review) outsells the latest Atelier offering. Neither game manages to dent the all-formats charts, but presumably the publishers are still making enough money to make retail versions worthwhile. 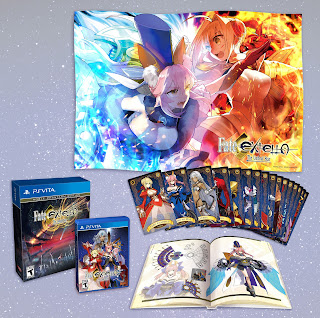 Note that these figure won't include any limited editions from the publisher's own online stores, which is where the majority of sales could come from, given the niche nature of the Vita market.

Over on Amazon UK's chart, we have the usual mix of new titles and sales madness. What's kind of odd, is that Amazon's sales are incorporated in the official Chart Track data above, and you'd imagine would dominate over regular retailers like GAME, Argos and the few larger online retailers that still stock Vita titles.