on May 11, 2016
Golden Week proved the usual snooze fest for Japan. Vita sales were down a couple of thousand and there were no new entries in the chart. The only moves of note are Pro Jikkyou Baseball on Vita moving above the PS4 version to No. 3, while One Piece Burning Blood approaches 50,000 sales after two weeks. Wonder if it will sell better in Europe, based on Bandai's earlier figures.

According to the Media Create Numbers, the Vita is just a two or three weeks sales away from hitting five million in Japan, wonder if there will be any sort of celebration, news or updates out of Sony for the event? 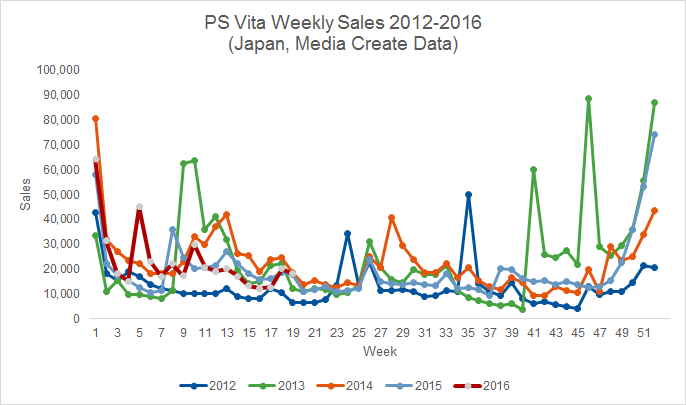 Next up on the release list are Dragon Quest Heroes 2 and Cladun Sengoku, landing on 27 May.
japan jikkyou baseball media create One Piece ps vita sales chart