on March 09, 2016
Its all go in this week's Japanese Media Create chart with a frenzy of new entries. Gundam Breaker 3 is top for the Vita with a fraction under 75,000 sales. That beats the PS4 version by about 8,000 sales, pretty impressive considering the big-screen version seems substantially shinier.

Atelier Shallie creeps in at No. 4 with a lightweight 20K sales with Wonderfuly Party at No. 6 on 13.5K. As a footnote, Kan Colle Kai is now over the 200,000 mark including digital sales according to the publisher's Twitter. Sounds like the game still needs a lot of work though.

On the hardware side, the new Vita starter kits had a modest impact on sales, up to just under 30,000 for the week. 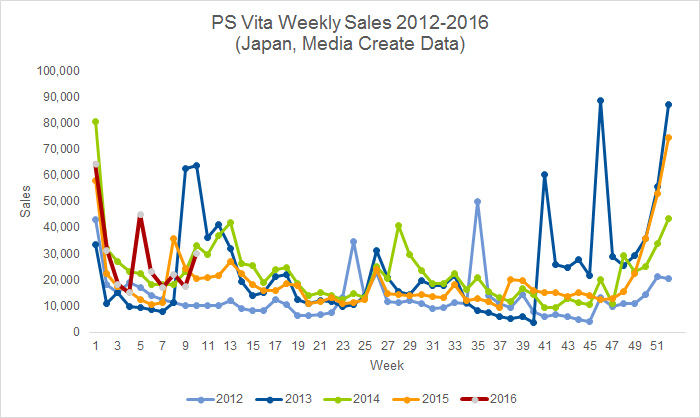