on January 23, 2016
Submitted to the Japanese patent board in June 2014 and only revealed last week, Sony put up plans for clickable sticks in a Vita design, making a potential new handheld more useful for Remote Play, PS Now and a possible PlayStation 4 Portable. 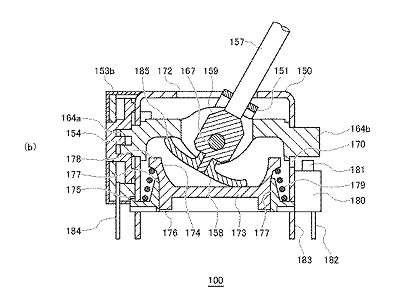 However, given the time elapsed, and Sony's general downer on the Vita it seems highly unlikely this will ever come to market. There's some vague hope in that the Vita 2000 was announced in the US in Feb 2014, so now would be a good time. But that was originally revealed in Japan in September, 2013. So we've probably missed that boat.

Even though Japan still has strong Vita sales, over a million a year and huge third party support, if they weren't going to announce it there, then Sony won't reveal it anywhere.
ciickable sticks japan patent playstation 4 portable ps vita ps4 sony