However, that does little to help Vita sales, even though scary adventure Yomawari chips in at No. 3 with 22K sales. The only other Vita title in the Media Create top 20 is Minecraft, resolutely selling another 7,000 copies, just behind Halo 5. 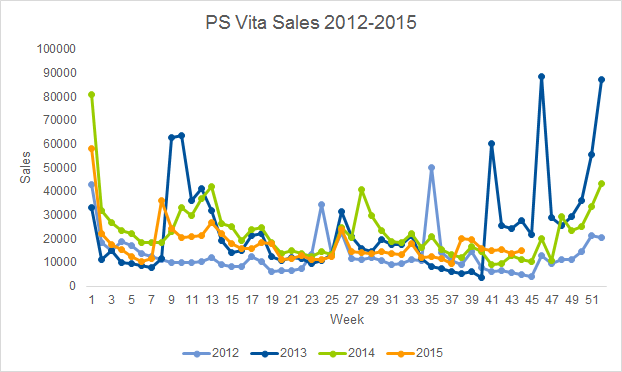 Vita sales are up over a thousand, but it looks like very solid PS4 sales will trump anything the Vita can come up with. The next big sales week for the Vita is the 19th November with Atelier Sophie, Omega Labyrinth, Airship Q and Grand Kingdom all arriving.