on October 21, 2015
The next One Piece game features Luffy taking on all comers with the likes of Sabo, Ace, Bartolomeo, Ener, Crocodile and Bartolomeo, stepping into the ring, along with Smoker and a few others yet to be announced. 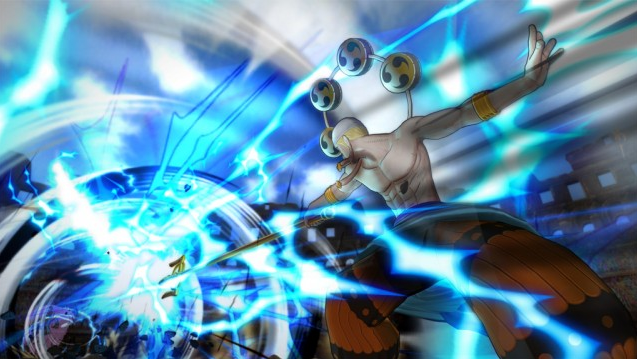 Burning Blood has several features that add a level of strategy to the fighting in the game. Ever dreamt of Luffy, Sabo and Ace fighting together as one epic team against their enemies? Well players can create a team of 3 characters and swap them out in order to gain a tactical advantage.

Certain characters can use special Logia Moves for unique abilities: allowing players to burn through their enemies or even move faster than lightning! Logia Fruits also allow the use of Logia Guard: where some characters are untouchable by physical attacks for limited amount of time. However, the powerful Haki blow is a solid counter to this guard. Last but not least, as in the original Manga, Devil Fruits will be the source of unique massive Special Attacks and Reinforced Special Attacks!