on September 01, 2015
While keeping the list of new games (Gravity Rush 2) a complete secret, Sony has revealed what it will be showing on the Vita at TGS. The lead games are the endless selling Minecraft (300,000 boxed sales and growing), and the likely to be very popular AirshipQ, that riffs off Terraria, which was also pretty popular.

Will Square bring Dragon Quest Builders along to complete the construction king triumvirate?

However, I'd guess most of the focus will be on the big hitters, including this season's big releases, Tokyo Xanadu and God Eater: Resurrection. Only four Vita games doesn't sound much, so hopefully there's a few more in the secret pipe alongside Gravity Rush 2, if Sony does decide to reveal it.

Sony's press conference is on the 15th at 4PM local time. Here's a little render of the Sony booth layout, looks like at least some Vita games will be playable on the show floor. 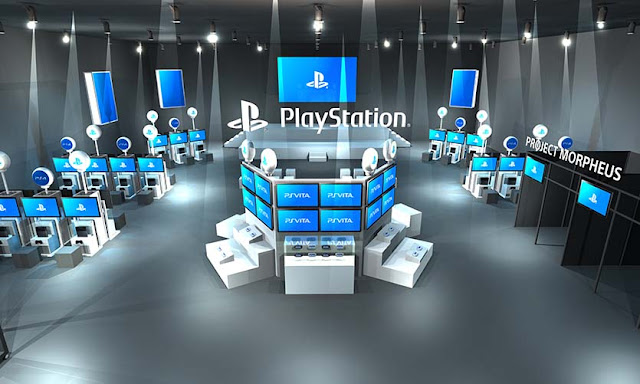