on September 09, 2015
Metal Gear is top of the Media Create chart in Japan, in a tactical move that will surprise no one. Infinite Stratos 2 is the only Vita new entry in a quiet week overall. Vita sales were down a around 1,000 in light traffic. 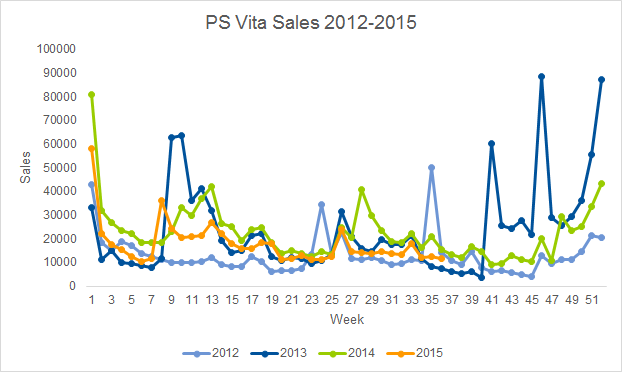 The Vita probably won't do much next week, but the week after that Resident Evil Revelations 2 should give things a bit of a bump. That along with the new Samurai Warriors and a host of Otome games including Spring and Edition should make for decent numbers.
infinite stratos 2 japanese chart media create metal gear solid v ps vita sony vita sales