on March 17, 2015
NIS America invites some lucky folk to a special murder mystery, partnering with the Society for the Promotion of Japanese Animation (SPJA) to debut the Danganronpa Murder Mystery at Anime Conji 2015 on April 4 in San Diego. 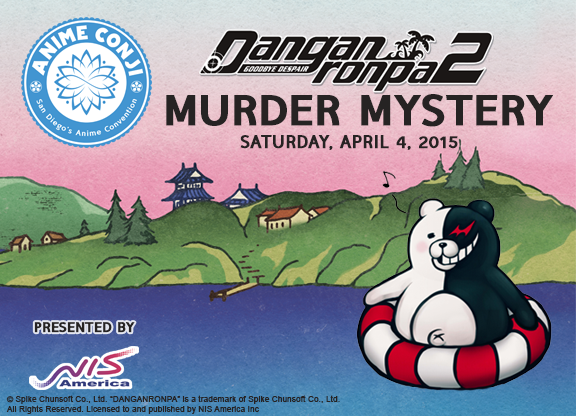 A one-of-a-kind event, it will mirror the themes of the popular murder mystery game series Danganronpa. Attendees will search the Sheraton Hotel for clues and use their wits to determine which Danganronpa 2: Goodbye Despair cosplayer is the blackened!

Starting with an introduction video, and concluding at 6 p.m. with a class trial. Participants will locate truth bullets throughout the convention center and record the clues provided on the bullets by writing or taking a photo. After collecting these clues, they will turn them in and receive a special gift, allowing them to participate in the class trial.