UPDATE: Ahead of the retail release, Famitsu got off its high horse and gave the game a review, raking in a decent score of 33/40, scoring a nine and a hat-trick of eights from its reviewers. Still, that won't stop it shifting even more copies. 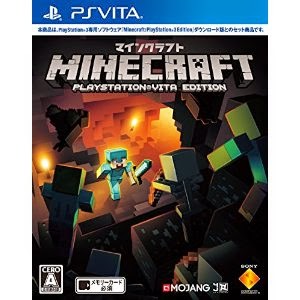 With a boxed copy launching next month over there (where God Eater 2 Rage Burst just rocketed to the top of the chart), expect those sales to keep on rising. Vita is the second most popular platform among schoolkids for the game in Japan according to the Famitsu article, All interesting stuff, wonder if new owners Microsoft will big up an Xbox One sequel to try and get sales moving in Asia?

The game has been UK Vita No. 1 for 16 weeks since launch, wonder how may units that equates to? Shame Sony can't be bothered to trumpet even the smallest of successes. Terraria also did well over there I recall, so if you want to make it big in Japan, block builders appear to be the way to go.