on January 08, 2015
The latest Media Create data is out in Japan for the week that crossed New Year and the Vita got off to a roaring start selling 58,005 units. That's represented by the orange dot on the left of the chart below and it looks like the sixth biggest week of Vita sales since launch.

Given history, it'll plunge along with everything else next week, but that's not a bad start to 2015, with even the Vita TV selling 1,300 among that figure. The PS4 stronger sales helped take it above the million mark. For the end of 2014 figures and a spot of analysis, see here. 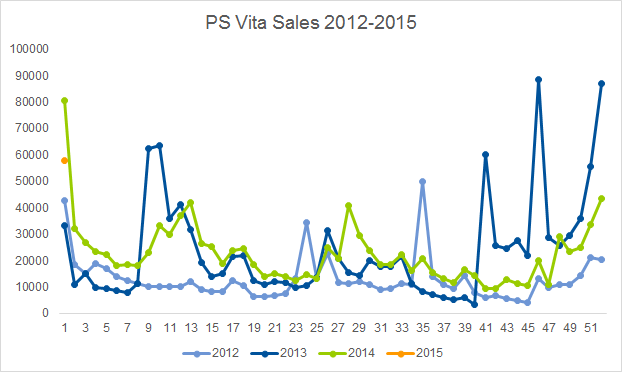 On the software side, Gundam Breaker 2 has passed the 100,000 mark but there's nothing new out as Japan was partying. I do wonder when Sony will start publishing PSN sales figures to help it look better in the chart.

Check the release list for major forthcoming Japanese games, with a new Atelier in January, God Eater in Feb and SAO Lost Song in March the early highlights. As Kotaku points out, the Vita has more games coming out for it than any other console in Spring. 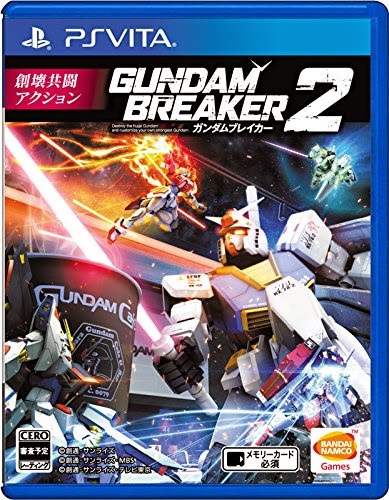