on December 15, 2014
Its only a teaser site, and its not teasing very much at the moment, but expect World Trigger, Borderless Mission, to be a big thing for Bandai Namco in 2015. The company seems to be the only one throwing its weight behind the Vita with multiple big releases including new God Eater and One Piece to come. 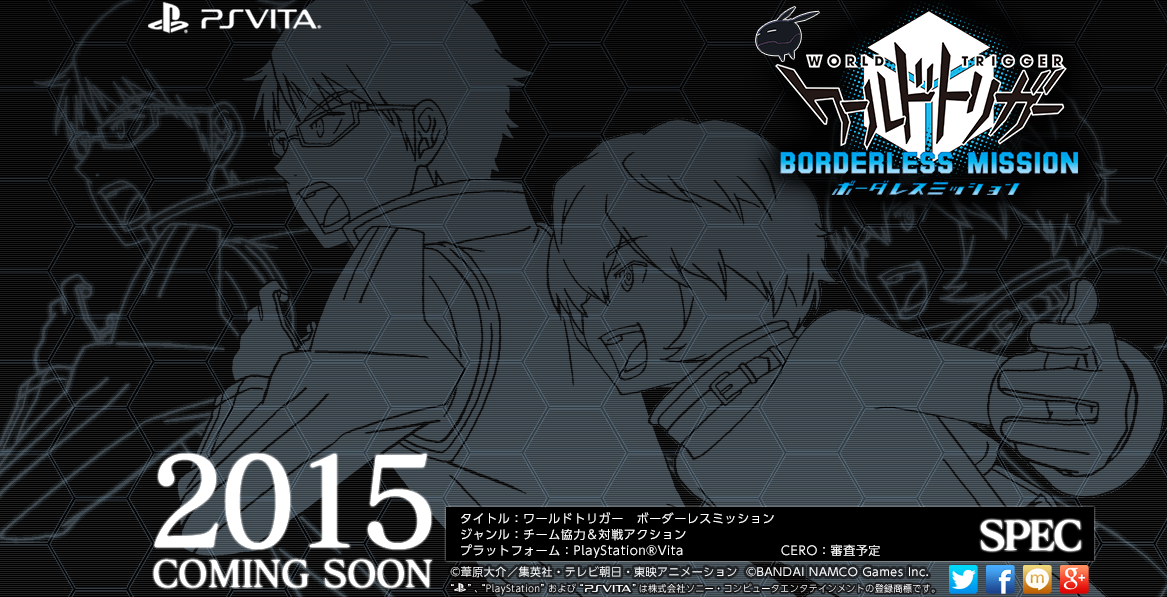 The game is know to offer 8 player ad hoc mode and is based on a Manga that started on Japanese TV a couple of months ago. In that game a portal to another world sees monsters popping up. Resistant to our weapons, a special defence group is formed to counter them.
bandai namco borderless mission ps vita sony world trigger