on November 06, 2014
While Japan gets Phantasy Star Nova bundles and American gets Lego Movie PlayStation TVs, Europe is dumped with possibly the worst Vita bundle ever. The so-called Heroes Mega Pack comes with the following crud, two updates on 20-year old games, two low-rent conversions and a PSP original, and few real heroes among them.

Worise, there's no sign of a Minecraft bundle that could actually have made a difference to Sony's Vita fortunes. To be fair, there's a lot of content in there, and a lot of fun to be head, but it really shows Sony's struggles in stark relief to all the great 3DS bundles and games coming out. With an 8GB card at €199, I can't see many getting too excited. 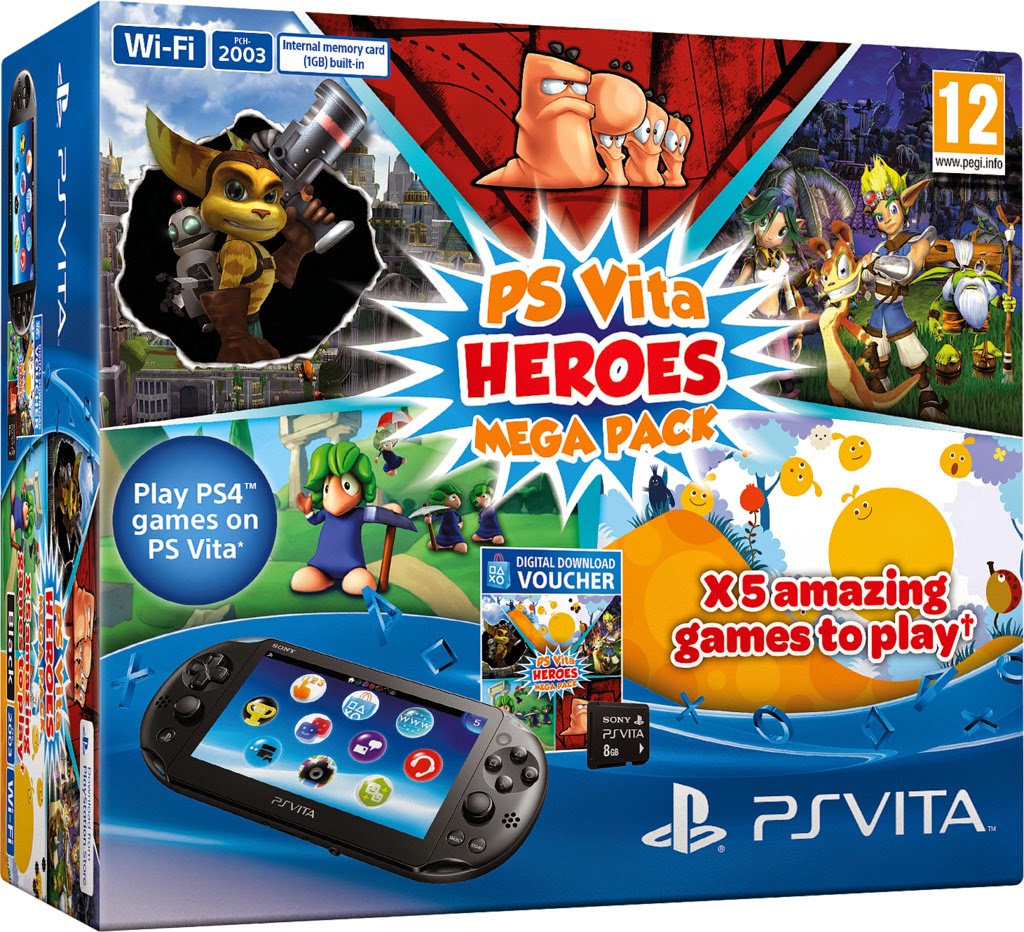 Ratchet & Clank: Follow the wise-cracking mechanic Ratchet and his robot sidekick Clank in their first adventure, as they go from unwitting heroes to the baddest baddie-blasting duo the universe has ever seen.

Jak and Daxter: Precursor Legacy: Team up with a dashing hero and his sassy sidekick as they fight against dastardly outlaws.

Lemmings Touch: Control the fate of the lovable Lemmings using the PS Vita touchscreen to assign them jobs and abilities.