on November 11, 2014
You own a Vita right? You might own a PlayStation TV. But, why not plug that PlayStation TV into a portable screen to create a PlayStation Vita TV! That's the slightly mad idea someone at GameTech in Japan, who make all kind of console and handheld extras, has had for around $170 or £108 (special offer, plus your PS TV, of course).

UPDATE: This thing could be genius, it is jamming the Vita tweet streams, and is way more discussed than official products like the Phantasy Star Nova bundles, the pink Vita model, or pretty much anything. With a 7-inch IPS screen and plug-in connectivity, its not full-HD, with only 1024*600 res (which is probably no better given then larger screen than the Vita's 960*544 display), but has all the buttons (including four triggers) to play Vita games and Wi-Fi to Remote Play your PS4 titles. It can also act as a PS3 controller. 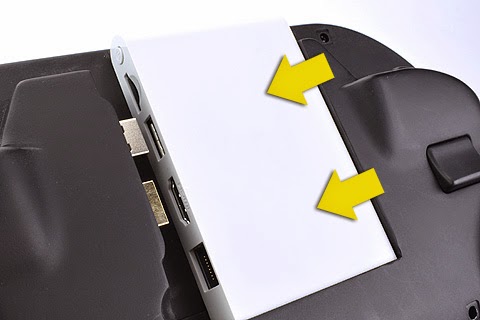 While its not quite the PlayStation 4 Portable that I dream of, with full HD, its a step in the right direction, and who knows, if it sells, Sony might pick it up and run with the full fat version. Check out the official page of the DekaVita, which does, if nothing else looks a bit more comfy than the standard Vita.

GameTech is taking pre-orders now, note if they don't hit enough, then the product won't be made, but it seems to be going gangbusters on social media, so here's hoping!