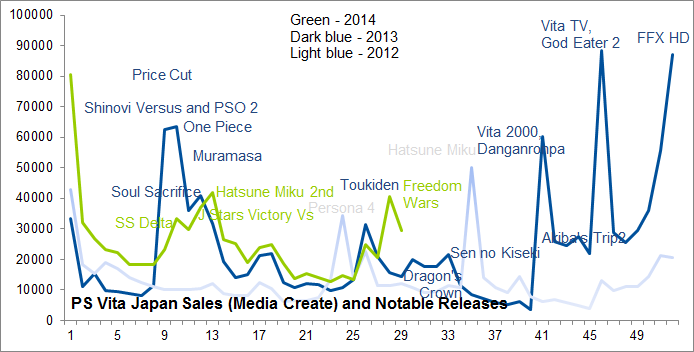 On the hardware front, the Vita had another good week, selling 29,601 units including 2.2K Vita TV units. The Vita has sold 90,000 units in the last three weeks, with the launch of the new value packs and a good run of software.