on June 09, 2014
The original Montezuma Blitz is one of my guilty pleasures on Vita. Five minutes a day, happily blatting gems for stacks of points and no need for the silly in-app purchases. Once you know how to play, its rather a joy. So, I was quite looking forward to Arena, which offers a wider game structure, a story mode, multiplayer and endless mode (which is a couple of quid as an in-app buy).

The trouble is, this is rubbish, shoddily coded and poorly presented rubbish. Primarily because the fast and smooth Blitz engine has been "upgraded" and is now poor to respond to touches, full of slowdown and other horrors. I mean, sure, Borderlands stretches the Vita to its limits, but this is a tile game where you need to line up three gems. 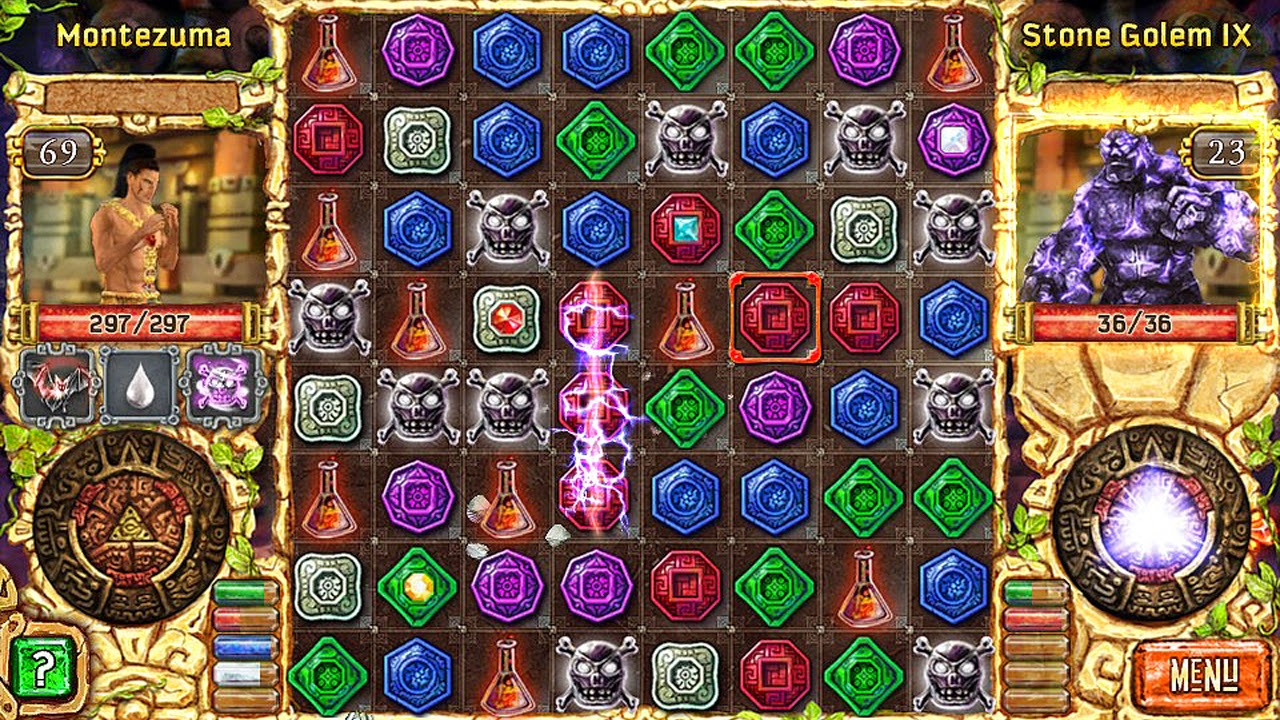 The story mode sees you as Montezuma zapped into some Inca realm, challenging various demonic figures. There are a few new gems like poison skulls and health potions adding a little strategy as you take it in turns on the board. Each row you create powers-up energy bars, which when full deal damage or unleash a spell.

Some enemies have particular weaknesses, but it doesn't really matter as you annihilate beast after beast. Multiplayer is the same but even slower as the turns are telegraphed in. Seriously, stick with the original and save yourself the pain of this poor revision.  Alawar have loads of great little games out there, from Arkanoid clones to shooters and puzzlers, many of which would be fun on the Vita, quite why this is their focus for the Vita, I don't know.

When Blitz first came out, it was one of the few free-to-play games, one of the few mobile-type games and the Vita was rather light on content. Now none of that is true, and this looks all the worse for it. And, for Blitz players with finely-honed reactions, the slower pace of Arena makes for a very dull experience indeed.