on October 07, 2013
As widely leaked and expected, Armature Studio will bring over NetherRealms' super-hero brawler to the PS Vita. Injustice: Gods Among Us Ultimate Edition, will arrive on 29th November, with all the heroes from the console DLC.

The developer says "when developing Injustice on Vita, our primary goal was to make sure it could hold its own next to its console counterpart. The PS3 version has beautiful lighting, destructible environments, and – most importantly – 60 FPS fighting. We worked tirelessly to bring this experience to the handheld, and pulled out all the stops to push the PS Vita as hard as we could to make all of the above happen. In addition to all of this, we’ve included ad-hoc multiplayer, traditional multiplayer over wi-fi, and touch controls to Story Mode and various S.T.A.R. Labs Missions.". 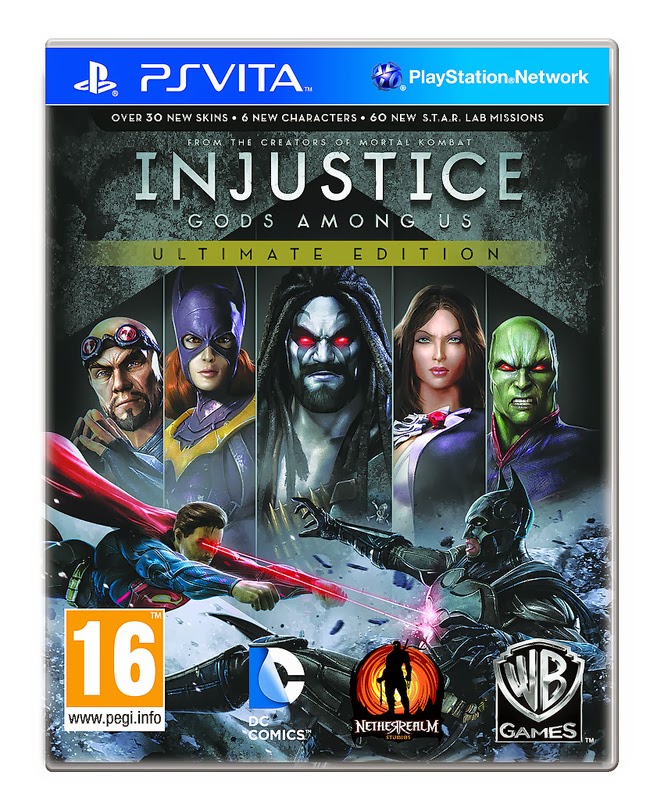 A little more detail and some pics on the PSN blog. Just hope you like Batman, because he's in most of the Vita boxed-copy line-up this Autumn.
armature batman DC comics gods among us heroes injustice netherrealm ps vita sony superman