on August 07, 2013
In the latest Media Create charts, the Vita sees Dragon's Crown joined by Acquire's Mind 0 which managed a rather limp 15,000 sales but was still enough to see it hit No. 7. Dragon's Crown on Vita sold more than the PS3 version this week, but is still fading fast in physical sales, suggesting Vanillaware's love is being largely enjoyed by downloaders, which saw a roaring trade last week, as the game hit over 300K combined. 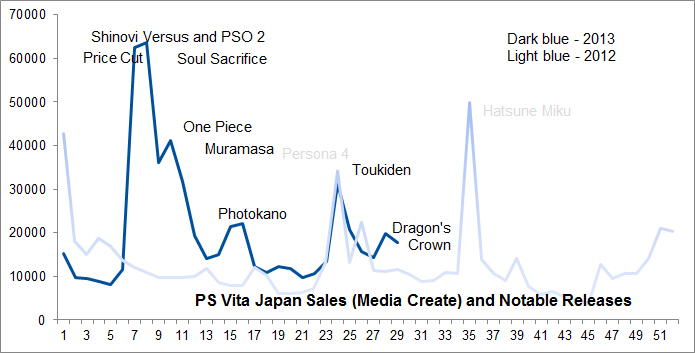