Fate/Extra CCC gets a cinematic trailer

on January 24, 2013
The PSP's next game in the enduring series from Marvelous AWL is out in a couple of months in Japan. The new opening video for the combat RPG looks a bit like an animated Bond movie intro. There's some gameplay video in an earlier story.

The game's site is well worth a look too, with a cool limited edition headed to Japanese stores. 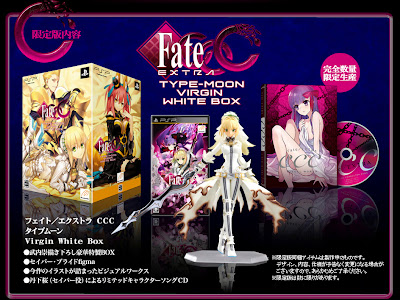