on December 14, 2012
Okay, file under plain odd (from our perspective), Marvelous has put up a bunch of art and a trailer for its PSP game, due out next March called "Misuteria British Detective" featuring none other than a Holmes and Watson (junior) partnership. It looks like a visual novel-type adventure affair, and given the current Holmes revival could be a winner. 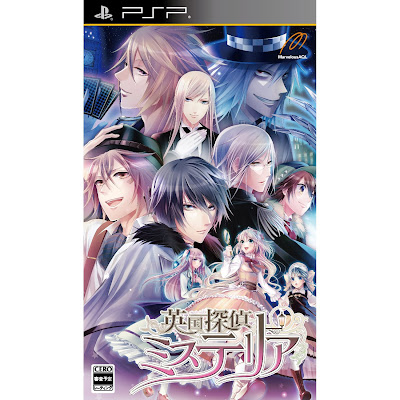 The Holmes and Watson, typical modern Japanese anime types, are joined by a lady-wannabe detective, stomping around in foggy Victorian London, in which Jack the Ripper and some other villainous types lurk. Here's the official site for some more imagery.