on September 07, 2012
The numbers are out from Media Create after Hatsune Miku Project Diva F stormed the Japanese chart earlier in the week. It sold nearly 75% of units shipped at almost 160,000 copies and 23,000 white Vita/Miku bundles were sold, dragging the Vita up to over 50,000 sales in a week for the first time in 2012. Check out an English review of the game here. 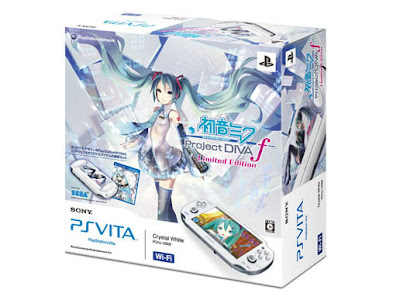 Next up for the Vita in Japan is LittleBigPlanet (which historically hasn't done much in Japan unfortunately), Ys Celceta at the end of the month, and Earth Defense Force 3 Portable which probably stands the best chance of denting the chart.