on June 18, 2012
More of a gentle rise than one of Kat's majestic leaps, but Gravity Rush makes it to No. 11 in the all formats and tops the PS Vita chart. It did one better than Resistance, which made it to No. 12 on debut, so perhaps a few more people are buying a Vita now. Of course, this doesn't count digital downloads from PSN, which came with some extra DLC, so perhaps more gamers got that than the boxed edition. 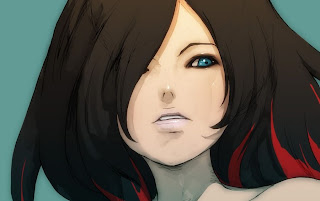 Sitting pretty at the top of the Vita chart

Gravity Rush had sold around 72,000 in Japan (around 1 in 10 Vita owners brought it, although that could be over 100,000 inc. digital sales), and really needs to do well in the west to justify developer's further investment in unique IP games for the Vita. It is still winning critical acclaim with plenty of 80%+ reviews. I'm still at the admiring the scenery and exploring stage, before cracking on with the missions and challenges.

As new Vita gamers pick it up over the course of the year, it could end up doing healthy numbers, but it looks like Sony increasingly needs a system seller out right now, something brutal and nasty, rather than the fine art of Gravity Rush.

Can't see LEGO Batman 2 , this week's release doing as well, as its on so many formats. Perhaps Metal Gear HD Collection will crack the top 10 next week.