on June 14, 2012
Earth Defense Force has done pretty well on the PSP and PS3 in past iterations, and gets a revised outing on the Vita soon. A new video is out showing the EDF team fighting off some fricking-great alien monsters and mechs.

It does look a touch primitive but packs in the nasties and with four-player co-op should appeal to the Monster Hunter-deprived. It will launch in Japan in a normal, Limited Edition and a double-pack offering two copies. The Vita version comes with all the content in EDF3 plus new missions and monsters. 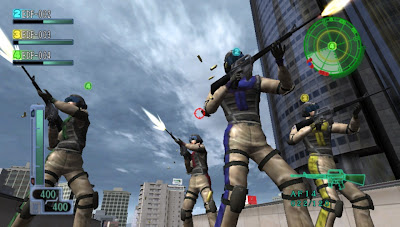 EDF3 on the PS3 headed west, published by Namco and titled Insect Armageddon, and it'd be great to see this version head our way. Check out the website which has more gameplay action and massive monsters running in the background.