on April 30, 2012
As the week drags on for Mortal Kombat's release and then we wait the rest of the month for Resistance, and then another month for Gravity Daze, spend some time contemplating these smaller releases that could add to the Vita's attractive budget PSN line-up (MotorStorm RC, Mutant Blobs, Pure Chess and so on).

First up is Putty Squad from System 3, a dash of classic 16-bit gaming with the developer recently having added location-based services, trophy support, touch screen modes and more. 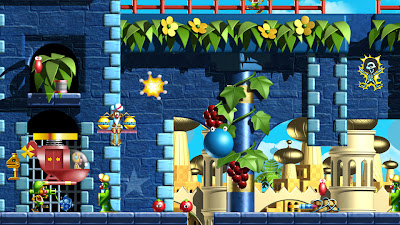 Then there's MadBlocker Adventure from Open Emotion. Mixing tile games with RPGs has given the developers room to create something rather different. In the game, the Fluzzles have been sent out into the world by the mysterious stranger to defend against the evil Mokes, who have taken over the majority of the world. Each region of their world is guarded by a Moke Lord, each with their own distinct powers and abilities.  It's up to the Fluzzles, using new found powers and their new pet creatures to take on the Mokes and bring peace back to the land. 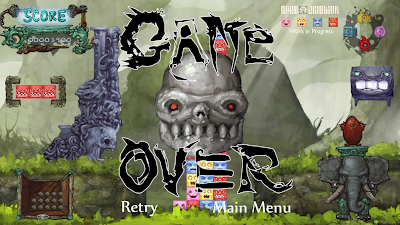 Finally, we have ChronoVolt from Playerthree, given that Sony never bothered to ask Archer MacClean for a sequel to Mercury we'll have to settle for this,  a fiendish 3D puzzle-platform marble game in which players guide their Chrono Sphere through the twists, turns and traps and hazards of Escher-like arenas. 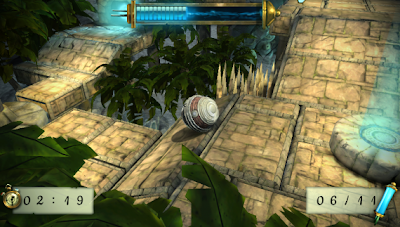 Update: The publisher for Chronovolt expects the game to release in June. So, while others take their time, hopefully these titles will get out soon to help fill in the gaps and provide players with a dash of gaming verve to help the Vita stand apart. 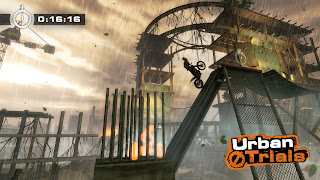 After all the excitement over Xbox's Trials Evolution, its worth dropping a link for Urban Trials on the Vita from Polish developer Tate Interactive. If it generates about a quarter of the excitement that the big-screen game got, it should do very well indeed. However, there seems to have been no news from the company for almost over six months, starting to wonder if this will happen.
budget games chronovault playerthree madblocker adventure open emotion ps vita psn putty squad system 3