on March 12, 2012
We've been here before, when Digital Polyphony ripped the guts out of the single player experience of the PSP version of Gran Turismo. And, it comes as rather a horrible surprise to find out that the same thing has happened to Ridge Racer, an eternal staple of Sony's games machines.

UPDATE: If you've come here late in the Vita's life as a new owner or are diving back into old games, read what it is like to play Ridge Racer in 2020.

Instead, along with the initial three tracks and five cars (which will be expanded by plenty of DLC, so I'm not worried about that front) we have some watered-down global challenge called the Planetary League that I'd like to call cockamamie, except you might think that makes it a bit interesting.

Alas, Ridge's multiplayer is not interesting, it is the digital equivalent of watching paint dry - white paint at that, on an already white wall. Basically, whatever racing you do try, be it a single player spot race against seven opponents, a time trial or an online game, your points count towards the scores of your "team," chosen at the start of your career. 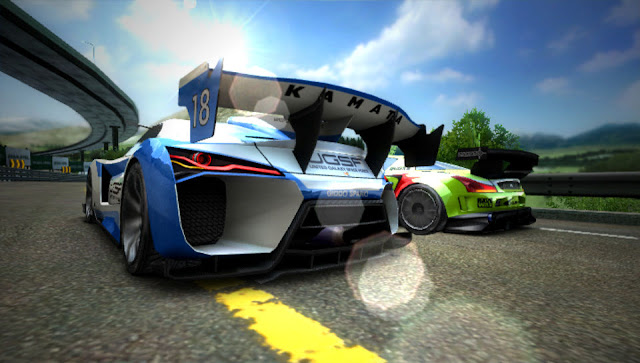 If online is the focus of this game, why does it take an age to get into a race? Assuming there is even a race at your level to be found? If there was the slightest bit of camaraderie, or a creak of tension, in and between the teams, this would be great. But it's not, everything from the menus to the news "videos" is as bland as the pep-talks from the mechanic back in Ridge Racer Type 4, something to be skipped and ignored.

In the real world, racers have punch-ups, teams steal ideas left, right and centre, on-track actions have recriminations afterwards -- all of this would have been brilliant in a game, but Namco has left us with an anodyne shell, the skin of Ridge Racer that can be pricked with ease by a bored gamer. And, its hardly fair, my first ever online race was against two VIP competitors with far faster cars, how is that in any sense matchmaking?

MotorStorm RC showed perfectly how to blend racing, online and social. All Ridge has to offer is a weak points, experience and upgrade system that reduces the series' breathless type of racing to grinding in a newbie dungeon. Perhaps in one of the future updates, new racing features will cause a revisit to the game and the score, but for now, stick with MRC, which has that magical ingredient called "fun" which is nowhere to be found here.

UPDATE: The game has been updated to v1.02 with fixes to some download courses and other graphics tweaks. But nothing is being done to fix the core game, the match-making or other issues. If you enjoyed it, please revisit the game and download some more tracks and cars, we might even get some of those cool car skins the Japanese are getting, but please Namco - fix the damn game!