With every gamer and his Feylene having a PSP in Japan, the games keep on rolling out with a bunch of new titles announced recently. First up is Namco's Accel World (also for PS3) based on the recent anime/manga. where kids escape into the virtual world to avoid the stresses of real life (like that'll ever happen!).

All that has been announced so far is that it will be a combat strategy game, the gimmick in the Accel World being that "a power called Brain Burst that allows a person to make time appear to stand still in their surroundings by "accelerating" their brainwaves in the real world. Unfortunately, there is a limit to how many times a person can accelerate which uses Brain Burst points and the only way to get more points is to fight other Brain Burst users in a Fighting game and defeat them." 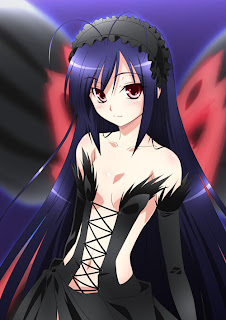 A hot chick from Accel World

Next up, is Strike Witches from Cyberfront, a good old-fashioned side scrolling shooter with  heroic ladies doing battle in mid-air against a range of monstrous machines and waves of small enemies. Looks pretty tame by bullet hell standards, but we'll see. 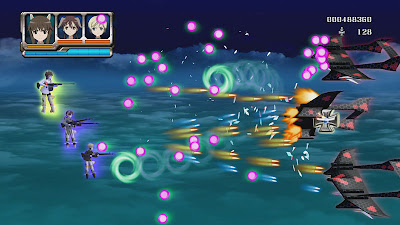 Andriasang also has some news on the next Legend of Heroes game, but there are now so many of those coming out on PSP and Vita, that I'll let you read their story and get confused for yourself, rather than me making things worse.