on January 25, 2012
Tomorrow sees the launch in Japan of Tales of Innocence R and, after that, there's pretty much a decent title a week out of the next couple of months....

There are others, but these are the games that should help the Vita shift a bit. If sales don't pick up during this period (I think Sony would settle for 50,000+ units a week) then you'd have to start looking at a price drop to get things moving again. 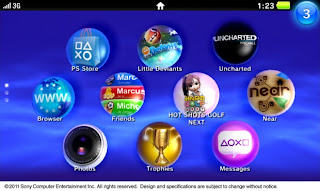 As for the western launch, Sony should get the same decent first day sales it managed in Japan, but it will be hoping to avoid that horrible plummet it suffered in the following weeks. The west has a better launch line-up, and shouldn't fall into the January-void of doom. Existing PSP gamers have little to look forward to, while PS3 and Xbox gamers might be looking for something new in the years long gap until their next console launch.

On the negative side, how many folk just gave up waiting and went for an Apple iPhone (Apple sold 37 million of them last quarter alone) or an iPad instead. With sales like those it won't be long until gaming developers turn their full attention to hardcore iOS titles. Also, the more new games are announced that don't have a little Vita sign at the bottom will make gamers wonder if developers are really taking it seriously.