Samsung's Nexus Prime a bigger threat to Vita than iPhone

on October 10, 2011
Last week, I wrote that I didn't think the iPhone 4S is much of a threat to the PS Vita. However, the recent news about the (slightly delayed) Nexus Prime launch should have Sony a fair bit more worried. Its bigger screen space, just a little smaller than the Vita's, and curved surface means that this device could have soft controls around the edge of the screen that would interfere less with the gaming experience than it would on the iPhone. 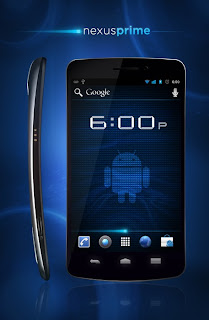 It also has a monster 1.5GHz dual core processor and graphics to boot. That is a lot of firepower for a phone and one that could produce some real blockbusters. The trouble with these superphones is that there are maybe four or five games that use all that power to a decent degree while the established game makers are still happy to focus on the Vita and other proper consoles, then there's no need to worry.

Similarly, while there might be 250 million Android phones out there, who is going to develop a game you can only play on the top 0.2% of them. However, as phone power does increase over the years of the Vita's life, as we reach the end of it, cheap phones may have this kind of power - which would leave little to no room for a Vita 2, unless that came out as a full phone. Just a thought.